One of the reasons we stayed longer in Teton NP, was the visibility of the grizzly bears while we were there. We don’t usually get to Wyoming until late June, or early July, and by then the bears are usually in the back country and not as visible. 399, the post I had the other day, was the first bear we saw this year, but then another female grizzly and cubs started coming out. Blondie, also has twins from last year, but her cubs are about half the size of 399’s. 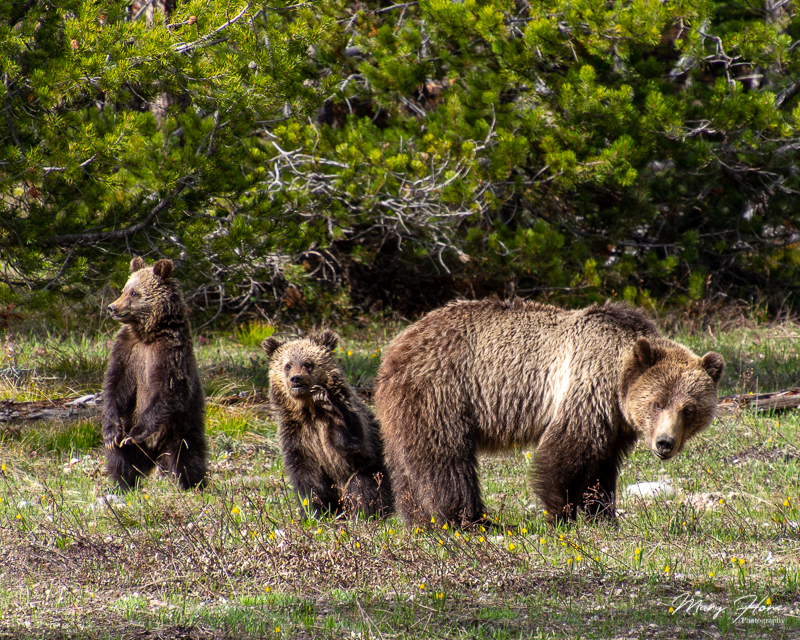 Blondie is also a great momma bear, and watching her with these cubs was absolutely wonderful. These two cubs are full of it, and would often play and tumble with each other. Sometimes this happened way too far away to get really decent photos, but just watching it was awesome.

I’m almost certain one of the cubs is a boy, talk about a tease. Here he is chewing on moms foot, until she turned around to swat at him. He also would run up to the other cub, swipe at her/him then run away. Or the play would start.

Blondie stands up a lot, and so do both of her cubs.

Something got her attention here, although we never did get to see what it was. 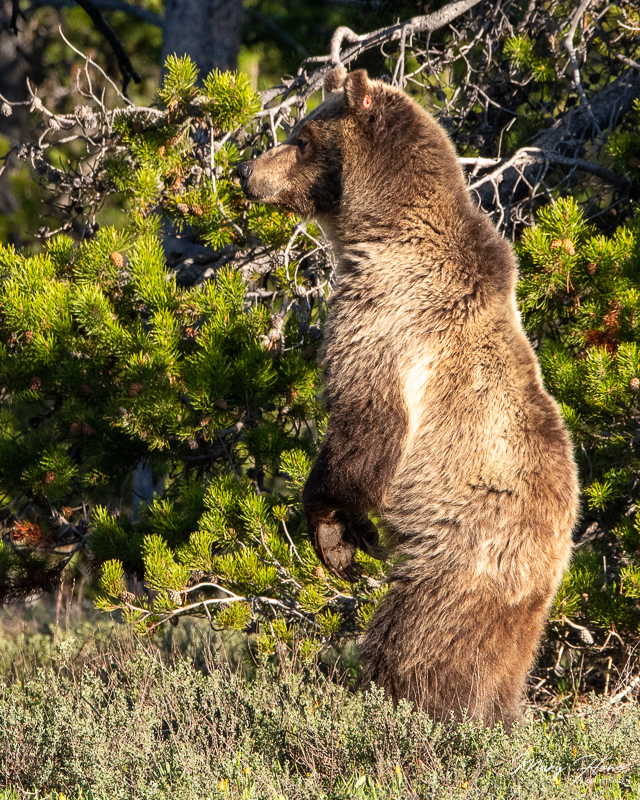 This photo is from my favorite time of watching her. She was far away, behind a branch, and low on the ground, so most of my photos are crap. But they all 3 were on a patch of snow playing. Blondie played so gently with the cubs, and they of course played with each other. It was so sweet to watch. 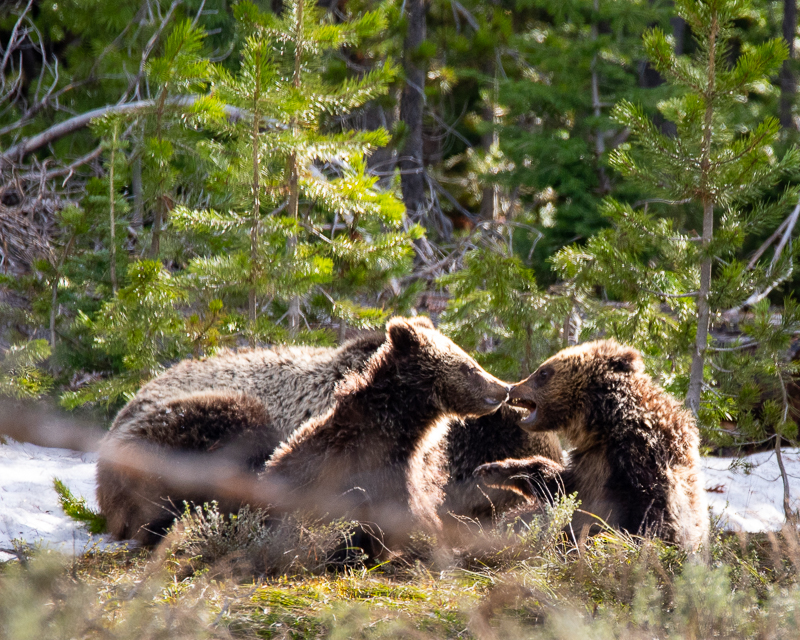 These photos were taken in the worst bear jam I’ve ever seen. It was Mothers Day, so the park was busier than it had been, and Blondie and cubs were beside the road. Cars, and people were lined up on the main park road, rangers were directing traffic, and telling photographers to stay back 100 yards. 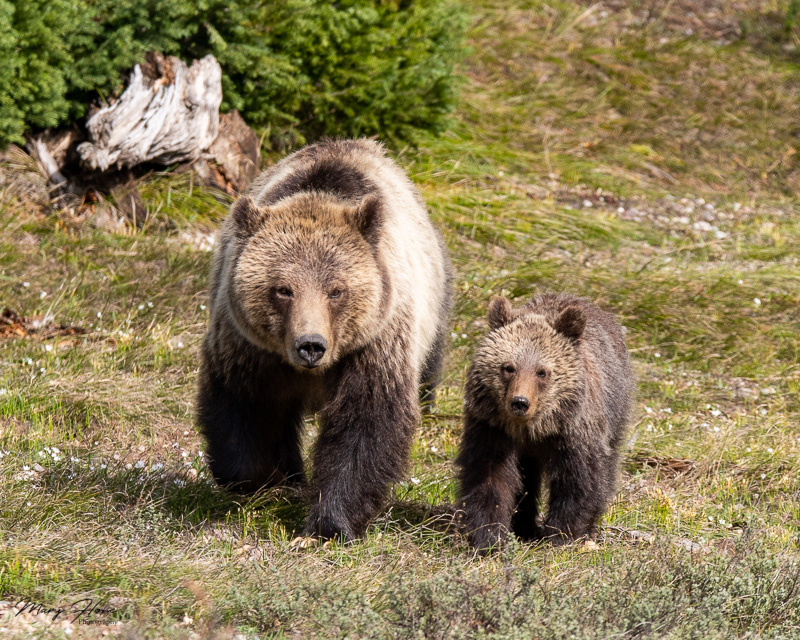 The bears wanted to cross the road, and Blondie started heading that way. Then the cubs got distracted by the orange cones the rangers had put out on the road. 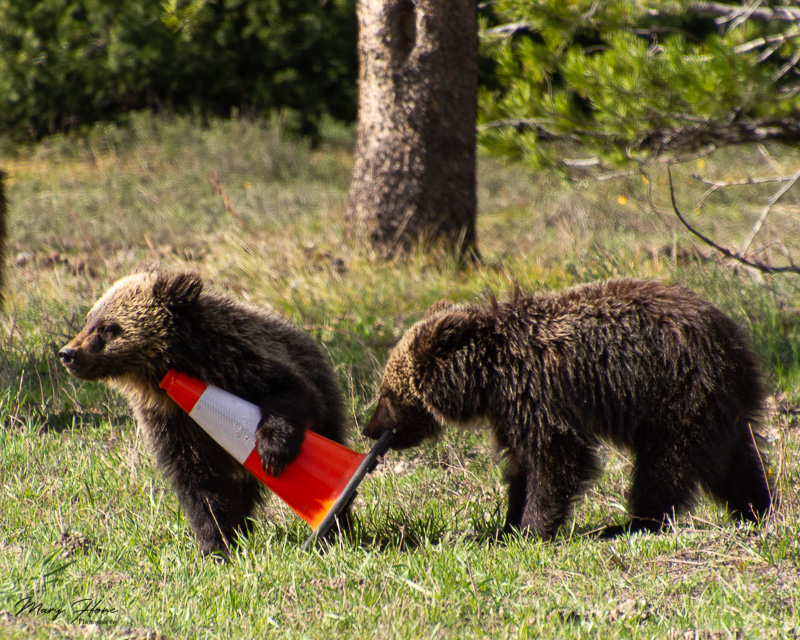 She stopped midway, turned around and saw what was happening, and went back to the cubs. They eventually crossed the road, and went into the trees.

This photo gives you an idea how bad the bear jam was. This is just one small portion of the people that were lined up on the road. Unless you happen to be the very first person to spot a bear, there will be people. I would have left this jam, because it was getting pretty bad, but there was no way we could have got our truck out. Thankfully, every other time we saw the bears it wasn’t like this. 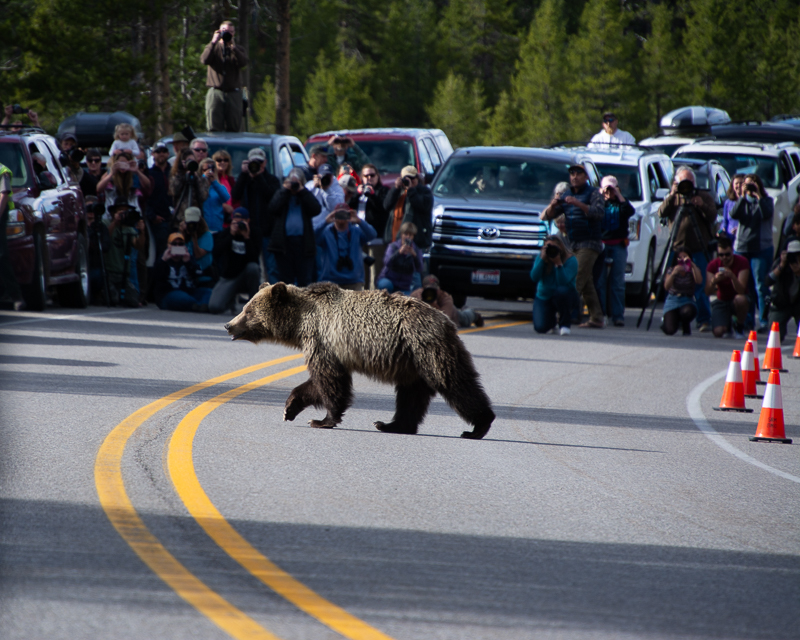 This next little series was the last time we saw these guys on this trip. They were on a side road, thankfully, and I suppose they find travel on the road easier sometimes. The cubs, of course, had to stop and play on the road. 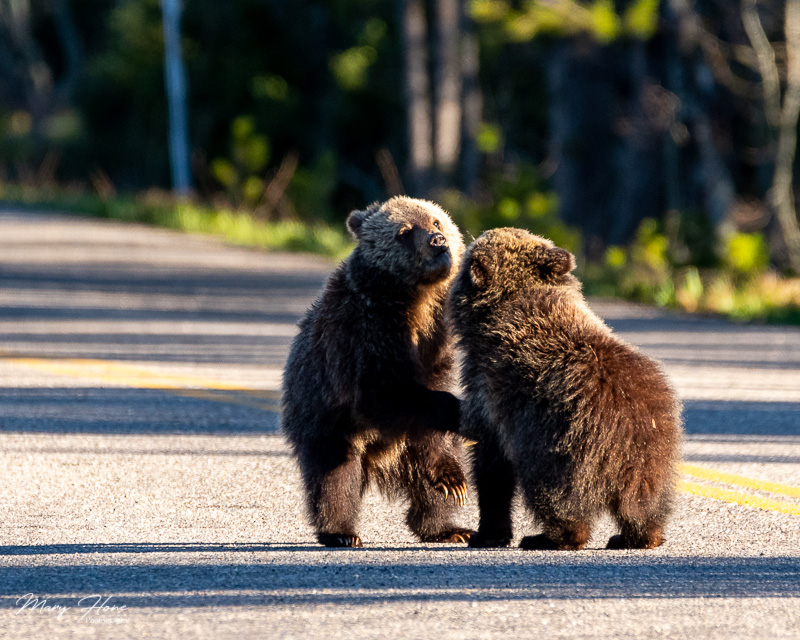 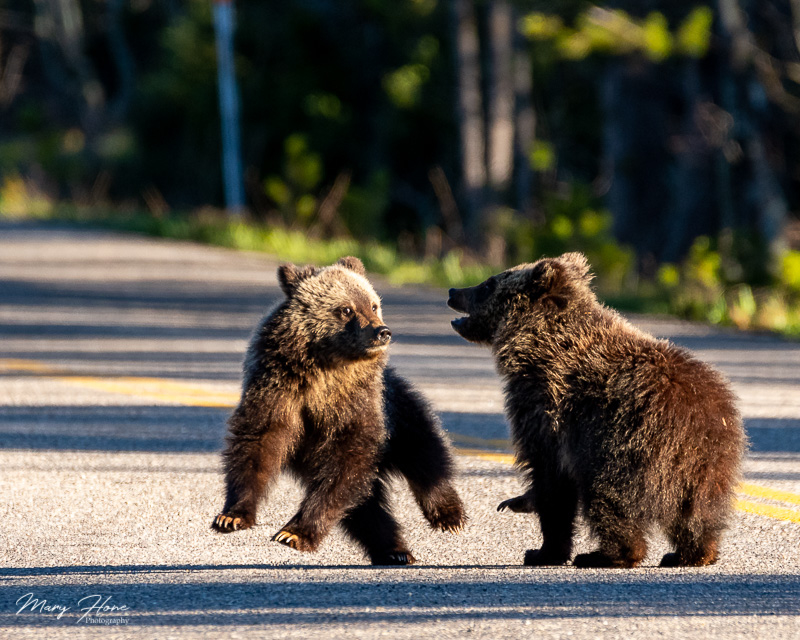 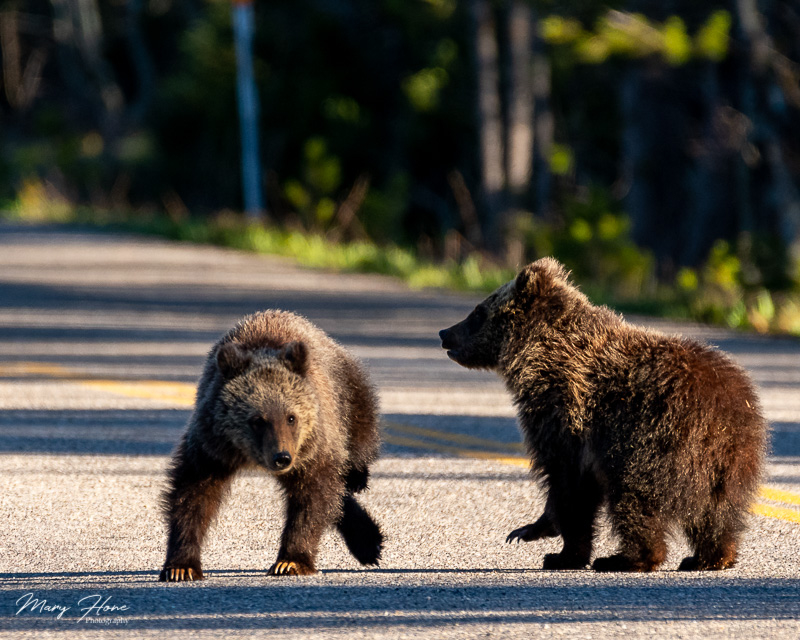 I’m hoping we will see the grizzlies again when we go back next month. They sure are fun to watch. 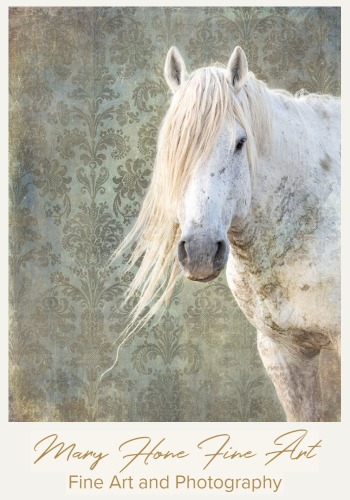 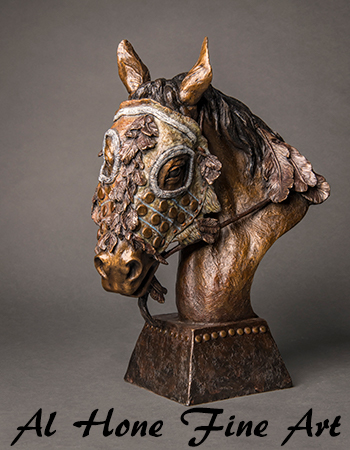 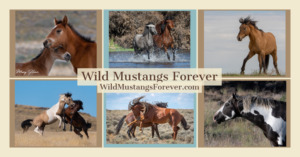